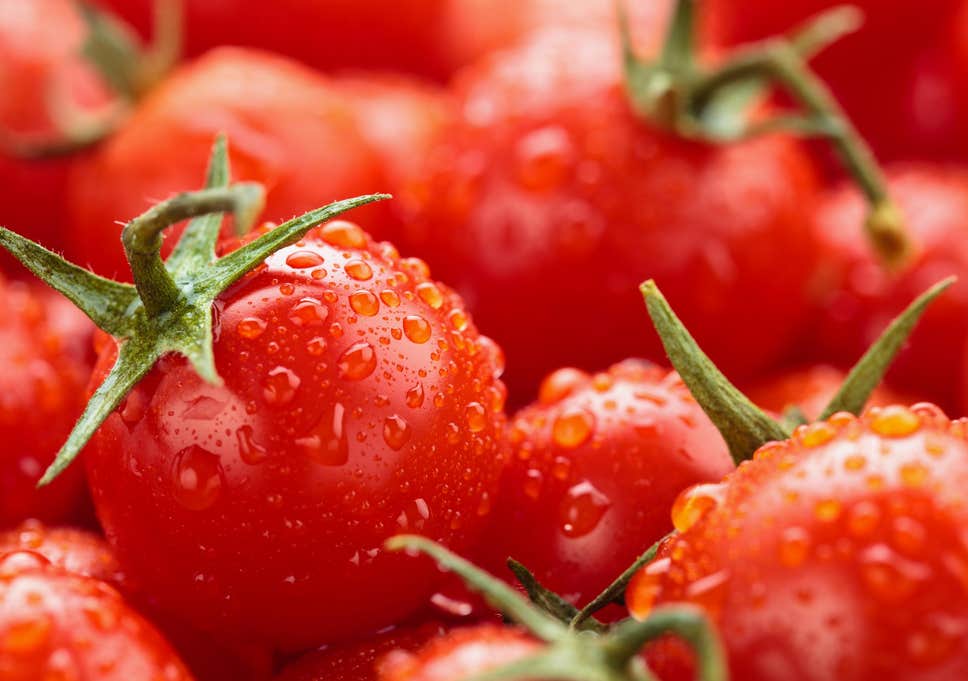 The production of tomato in Nigeria has helped to make the vegetable crop readily available in Nigeria, though the yield over the years has not been able to satisfy the yearly consumption of Nigerians.

Tomato, which is also called berry could be eaten raw or used in cooking and is an essential commodity in the Nigerian market.

In past and recent years, 80% of the total yield of the nation has come from about nine states which are prolific in the planting and harvesting of the crop. These states are Kano, Taraba, Jigawa, Kaduna, Sokoto, Zamfara, Katsina, Bauchi, Gombe of which Kano has more success than other states.

In 2010, Nigeria recorded the highest yield of tomato in its history. It was valued at USD687,610.000 and even with that magnitude; it wasn’t adequate to feed the demand rate of the nation as there is always a high rate of loss which results largely from packaging, transportation, and delivery with about 750,000 tonnes of tomatoes lost due to this.

The various stages tomato goes through from production to distribution is linked by a chain, this is described as its value chain.

Also, the consumers are also linked to the needs of the farmers as a result of the profit from sales and the flow of information.

This will determine how an increase in profit can be considered and actualized for the farmers. The concept of value chain will allow a balance in the profit realized by all the parties in the value chain, so as not to cheat any level and not underpay any level too.

The value chain system of tomato consists of input suppliers, farmers, marketers, and processors who are all involved in tomato production till it gets to the consumer.

Nigeria is currently the second-largest producer of freshly harvested tomatoes in Africa and fourteenth in the world.

The availability and affordability of input supplies will help farmers adequately plant and harvest tomatoes, which will improve the productivity for marketers to get enough to the processors and also to consumers and for export.

A better approach to this will prevent the level of loss encountered during the stages of production to distribution and will improve the economic value and value chain of tomato in Nigeria.

In 2016, when there was an outbreak that affected tomato harvest, it resulted in so much loss and increased importation of tomato. This also caused an increase in the price per quantity sold.

Currently, the government is looking into local production of tomato so as to finally end importation of tomato paste; this is already in place by placing an increased tariff on importation from 5% to 50% and also putting a levy of USD 1,500 per tonne.

This will greatly improve the value of the nation’s currency and the economy; it will also protect farmers and the value chain.

Currently, the production of tomatoes in the nation is plagued by different factors which have inhibited the ability to satisfy the needs of the consumers in the nation.

Wastage of produce: This is the major factor causing an imbalance in production to supply and demand.

It has been recorded by FAO that about 750,000 tonnes of the tomato is lost in the value chain between harvesting to final consumption.

The lack of adequate storage structures and methods has led so significant losses at every stage of the value chain. It even comes down to the consumptive waste from consumers.

Unit supply constraints: The availability and affordability of production unit supplies is also an important factor to consider in tomato production, this is as a result of the constraints that farmers encounter in acquiring them.

This could be as a result of the high cost of acquiring them or the inadequate supply of these units. Production inputs like fertilizers, screen houses, greenhouses, good quality seeds, and many more play a critical role in the rate of production too.

Marketing Challenges: Based on the pattern of cultivation which is dependent on the season, it means that there would be a fluctuation of prices as the price of fresh tomatoes will be low during its season and will be high when it isn’t.

This means producers wouldn’t be able to predict their revenue uniformly and would have to conform to how it goes when there isn’t enough tomato to process. So, a lack of proper marketing structure affects producers.

Soilless farming is a system in agriculture that could also be called Hydroponics which involves cultivating plants vertically without soil.

This is done by providing the plant with nutrients in liquid form, this in turn allows the plant adequate nutrient and removes the stress it would undergo if it were to get nutrients from the soil.

It would be a very good system for nations without adequate land for agriculture, and as a tool to end food scarcity.

This is because this system results in about 50% increase in productivity compared to the conventional soil based type of cultivation.

The system works in a controlled environment and could be expensive to start but it is then cost effective afterwards.

The world population is increasing and there is a need to produce enough food to meet up with the growth, the entrance of soilless farming will incredibly solve the problems of production which would result in a great reduction in the time of cultivation and harvest, and also bring about a great improvement in the yield.

Different technological systems have been run for soilless farming but they all are similar in execution, a Japanese tech developed by Yuichi Mori inside the Mebiol Research and Development Center uses a transparent, thin polymer film. 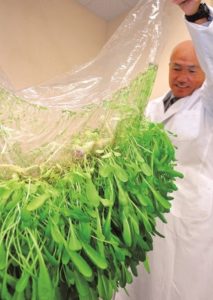 This allows the cultivation of vegetable on any flat surface as the roots spread across horizontally instead of digging deep, this system allows the film to soak the nutrient-enriched water which is about 90% lesser than the volume used for the conventional farming.

This system is going to prevent unnecessary use of land and will not require excess labour or high maintenance cost. It is going to solve the issue of food scarcity permanently if it is adequately adopted and funded by the government of nations.

How Soilless Farming Can Enhance the Production of Tomatoes

The introduction of soilless farming will ensure that everyone can attempt to cultivate tomato in their homes and will greatly increase availability.

The soil isn’t needed, so it reduces the stress on the farmer and allows an increased yield as the rate of growth is faster than the soil type; this ensures that increased productivity is recorded. 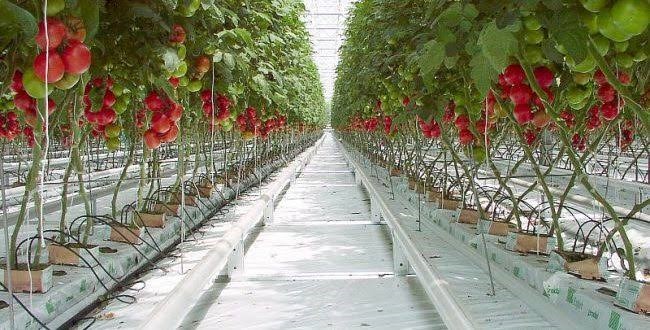 If this system is embraced in large scale, it will greatly make tomato available for production and even allow the cultivation of other vegetable crops too.

Producers can also cultivate enough on the farm for production as well as receive from farmers.

This is the future of Agriculture and it promises to solve food scarcity and ensures food security once it has been properly funded and adapted by farmers and the government of nations.

HOW TO PRACTICE SUSTAINABLE AGRICULTURE